I attended Tulane University in New Orleans, where I double-majored in the A.B. Freeman School of Business: Finance and Information Systems Management. In fact, the ISM degree didn't even exist in the Business School, until I petitioned the Dean to have it approved as a new major. So... go, me! And, as if two majors plus working 40+ hours a week as an EMT / Tutor / Professor's Assistant / etc... wasn't enough, I also tacked on a minor in Psychology. Yeah, I was a work-horse!

After college, I had a stint in law school in Virginia that left me with three completed semesters, before the gas ran out. Due to a series of unfortunate events outside of my control, I had to work about 30+ hours per week--unHEARD of at a top ten law school. And, it just got to the point where my inability to make the grades I knew I would have otherwise been capable of no longer meshed with the massive amount of student loans I was racking up.

In the end, I moved back to south Florida, where I have been ever since--pursuing my nerdy love of all things computer-related, concentrating on database analytics and becoming an Excel guru. This has been my career ever since, at which I have greatly excelled!

On the side, I previously created a fitness blog called Health Jems (also on Facebook), which I maintained for a couple of years.  It was a great success and offered some invaluable training in the world of social media networking in terms of both boasts and blunders. I learned a LOT about the process of public writing and the uniquely intimate connection potiential of social media. This was my very first venture into managing an entity's public presence, and I loved it!

I was given the opportunity to manage Best Life Herbals' entire move from being a direct mail operation to being an online entity--everything from writing ad copy and managing their Google AdWords account to revamping their entire website.

Even though I continued concentrating on developing as a Database Analyst and Report Writer, I had definitely caught the social media bug and continue to do this work on the side! All of my skills were put to the test when my favorite morning radio talk show (The KVJ Show) was taken off of the air. I launched a full-scale online media campaign to bring the show back. My proven capabilities to move the masses (KVJ Nation) to action, inspire others, and achieve success on such a level reignited my fire for multimedia promotional work. To that end, I founded Flint Stone Media in June of 2014.

Through Flint Stone Media, I provide a variety of marketing services, including website design, social media campaign management, public relations work, video production, and designing print graphics and logos.  In October of 2014, I launched my latest passion project - the Curve the Cube Podcast!  Check it out on iTunes, TuneIn, LibSyn, Stitcher, or PlayerFM!!

My Professional Skills and Talents 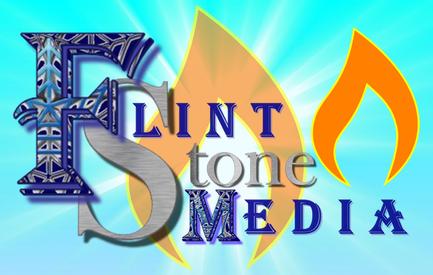